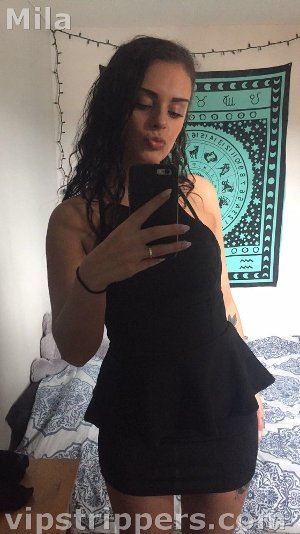 Some boston bachelor party reviews, and other cities and towns

Boston: Thank you for helping pull off a fantastic bachelor party. Taylor was stunningly beautiful, energetic, and a lot of fun! Any dancer that is willing to play anal ring toss on a house boat is all right in my book! The bachelor had a great time, and we expect the bruises to be cleared up before the wedding. In all seriousness, it was the perfect mix of hotness and embarrassment for the groom. The price was better than your competitions and I don’t imagine any other company had a dancer as hot as Taylor. I’ve had my share of bachelor parties and she was by far the best looking one. Right on time too, which was helpful dealing with access to the marina. Al was a great guy as well. We could have sat and drank with those two all night. This buddy was the last one of us to get married…but after Taylor we decided that we are going to have a bachelor party every year moving forward, and we’ll have a lottery each year to figure out who is to be considered the bachelor. Well done Meni! Thanks again!

Boston: The show was fantastic, Ryan made the groom's night one he'll never forget, and I think I fell in love with Devin. Everyone else had a great time as well, and Al was professional and very cool. Completely worth it! Boston: Dude. Awesome. Highly recommended. When we come back for the wedding in June we will call for another show (Ellie & KC) Boston, MA: The girls and their bouncer were on time. Every one loved Taylor some guys were intimidated by Lexi I really liked them both. The bouncer was out of the way. Every had a great time. I am looking into starting a small business and would like to continue using VIP service. Thanks.

Foxwoods, CT: "Tyler was great. She arrived on time and, after changing, got right to the show. Tyler has a great personality and is quite laid back, which made the atmosphere fun and relaxed. The show was sexy and definitely worth the money. In fact, I had no idea that the show would be as involved as it was. We all had a lot of laughs and the bachelor definitely enjoyed his last taste of freedom. I fully recommend Tyler." Chittenden, VT: The fellas and I had an unforgettable experience recently with VIPStrippers. It was our first bachelor party and Meni helped us figure everything out in a very prompt and professional manner. The girls (Lexi and Jacy) were top-notch; friendly, outgoing, and most of all, smokin hot! They arrived right on time, and before we knew it they were getting right down to business. Even the bouncer was cool! Great show! Hopefully we will have the chance to use VIPStrippers again in the future. Thanks!

Mirror Lake, NH: They (Ryan & Joey) did a great job and were very professional. The girl on girl show was definitely worth the extra cash. Thanks I will use you again in the future. Raymond, NH: Just writing to say thank you everyone had a great time. (Krystal) Windham, Maine: The party was great and fun, the girls were great, friendly, great looking, they put on a awesome show, i would defiantly recommend this team to any bachelor party, the girls were Devin, Jacy, and Chloe Moultonborough, NH: Intimate evening with a few guy friends at house party. Girls (Joey & Ryan) were on time, and quickly became naked for us, giving us a good run for our laps. The duo performance was exceeding sexy, and exotica. Joey is a wonderfully relaxed performance, who is especially intimate, and a treat to watch. A private showing is not to be missed: Absolutely top-crotch.

Mohegan Sun: My good friend just had his bachelor party this weekend and we had Arianna and Kianna both girls were ABSOLUTELY BEAUTIFUL!! I would recommend them TO EVERYONE!!! THANKS VIP STRIPPERS!! Matt from NH Boston, MA: Great show way better than anticipated. I will definitely be using them again. Girls (Joey & Chloe) were unreal loved every minute. The whole party was singing their praise. Thanks Again Pat C

Portsmouth, NH: Chris loved his birthday present! Thanks for the effort. (Joey danced) Boston, MA: Joey was the catalyst of what was to be an epic bachelor party in the Bean. Highly recommend. Thanks for a whip ass (pun intended) time. - Jason from NH Boston, MA: The girls (Bridgette & Chloe) were fucking awesome! everyone had a blast. Ryan (driver)was so cool 2. dude was loving the food at the party. all the guys were hounding the girls and Ryan for business cards! expect a whole lot more calls from guys in Mission Hill. thanx a million! Boston, MA: The bachelor had a good time. Thanks! (Brooke & Brianna) Killington, VT: Everything was very good. Thanks again. (Arianna & Kianna) Killington, VT: Yeah, everyone had a great time. The girls were a lot of fun also. Perfect for a bachelor party. (Chloe & Alexis) Killington, VT (Boston bachelor party): Thank you VIP Strippers for a great night at Killington. Joey and Brianna were a perfect pair to get our bachelor party going. They are both hot and I actually won a bet with some of the guys because the owner delivered what he promised. Our group wanted more, so VIP was able to arrange a round 2 with Brooke and Nevaeh at the last minute. Our entire group was very impressed with the entire night. I don't see a reason to look anywhere else for entertainment in the future. Thanks again! Killington, VT (Boston bachelor party): I have been to a few bachelor parties where strippers were hired and most of the time it is a run around. The companies won't send pics, they won't guarantee they will send the girls you see on their site, and they just talk around everything you say to them. Not with this company. The owner was great to talk to and was willing to send pictures to me so we could preview what we were in for. I chose Alexis and Chloe and they were the ones that Actually showed up! They were even on time and we were up in Killington on a dirt road. Chloe was a bit shy but a willing and great participant. Alexis owned what she did. She is stripper, hear her roar! She got us fired up both with her attitude and show. She really made the night rock and brought out the best in a crowd that started out subdued but ended up laughing, smiling, yelling, and enjoying the show. Even the driver Tom was cool... Best of all, the price beat what other agencies offered! Great experience--I would hire them again and recommend highly. Thanks Hanover, NH: The girls (Brooke & Gabrielle) were awesome, it was an awesome show, thanks, we are calling you for a party in the Spring. (he called with accolades and I typed out the main theme, lol) Killington, VT: Girls were great man. liked em both. wouldn't have known it was Brooke's first time. (Gabrielle & Brooke) Gilmanton, NH: We had the best time last night! The girls were great, especially Jessi! Ryan also did a great job of keeping the show rolling! Thanks again

Cambridge, MA (gig ID# 658234): Joey was great! Everyone was very satisfied with her performance, and we all had a great time. She was the hottest exotic dance i have ever seen, and we full appreciated everything she did. Rockland, MA: Best bachelor party ever! Brianna & Joey made the bachelor I threw a hit, all my friends kept asking me where I got such HOTT girls. The girls also put on a great show and danced to good music, I would never call anywhere but VIP for my next party Manchester, NH: Thanks for a bomb show, both girls are smoking hot. (Brianna & Joey) Durham, NH: The line up for our party could not have been any better! all four girls were gorgeous and very friendly. the fact that the girls i picked from your web site, were the girls that showed up says a great deal about your business and your professionalism. joey and brianna put on one hell of a girl on girl show and candy and natasha were amazing as well. from the private dances to the whip cream shots, all of our guests had a good time and only about half of them showed up because of a little snow (this is new england right, they don't know what they missed) but that didn't slow the girls down. they kept the party going from the time they showed up (early by the way) till the time they left. thanks again and we'll definitely use you again for future parties. Nashua, NH: Happy New Year to you too! The show was great and an awesome way to bring in the New Year! Joey was good time she has a great personality and was very smiley, I like that! She also has some great tricks on the pole! Merrimack, NH: We all had a great time. The girls were really cool and made everyone real comfortable. Candy is amazing and the girl on girl show they put on was HOT! Thanks again Hooksett, NH: They (Joey & Candy) were great, good show, we all had a good time. Boston, MA: The girls (Joey & Brianna) were beautiful, great bodies and better looking than their pictures. Both were very friendly and good natured, and just as comfortable with my wife as with me. Sandwich, MA: The show was AMAZING! Everyone had so much fun and couldn't stop talking about it the whole next day (we all joked about calling them back for Saturday night as well!). We even had a bunch of girls in our group and they all loved Candy and Brianna and felt very comfortable with them. To say the least, Candy and Brianna was great - very personal & professional and beyond beautiful. We were so happy with how everything went! The girls arrived on time, the gentleman with them (Hank) was very nice and professional and working with you in deciding which girls would be the best for our party was great. This is definitely a great company that you're running and will definitely be the company we use again and recommend to others. We're very grateful that the girls we asked for are the girls that showed up (no bait and switch) and that there were no surprises - everything that we discussed was what happened and it was really nice working with you. Candy, in particular, made the night for my fiancé and myself - she is such a gem and was so personal, fun and gorgeous! Malden, MA: Joey was great, she was the best, they were very nice girls, Brianna was great too, I connected best with Joey, as a matter of fact we won't use anybody else but you. My guests were late because of the snow, and the girls were cool and talked with us until we were ready to start the show Candia, NH: The party was great. Candy was wonderful, as usual. Lola was great as well and Candy and Lola worked well together! Hopefully it was a good party for both of them and you as well. Thanks, MIT (Cambridge, MA): The show was awesome man thanks lot. (Brianna & Joey) Glen, NH: It was awesome! Girls were sexy as hell and put on an amazing show! I'll be in touch for the next one!!!!